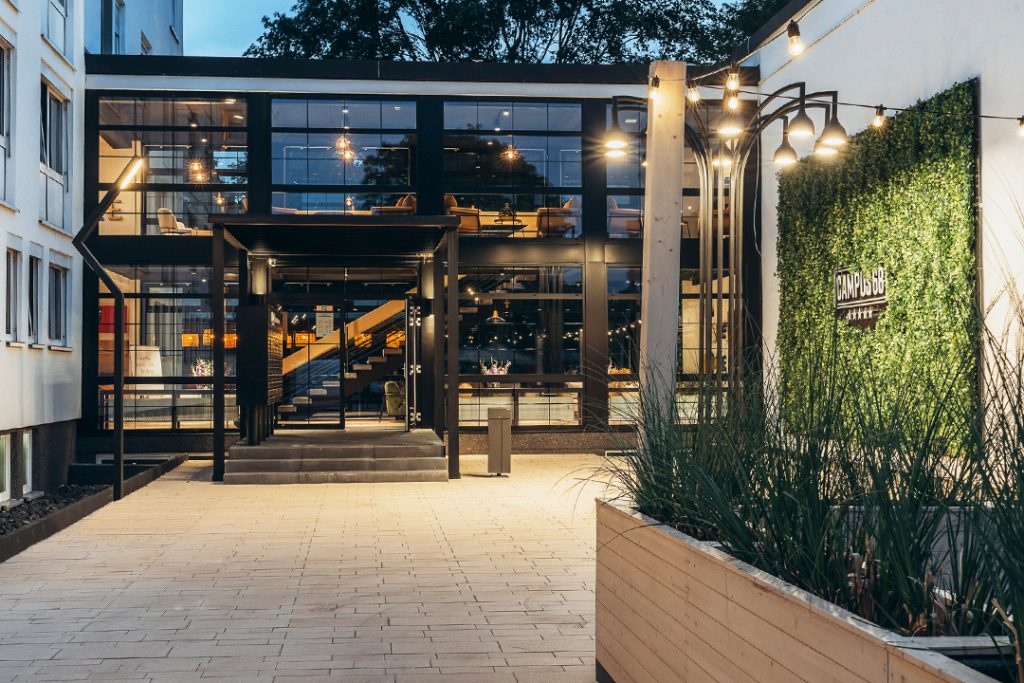 Mannheim student residence: getting information is half the battle

Attending the university requires extensive studies. And by that we clearly mean a study of the housing market. Unless you are looking for a student residence in Mannheim. In this way, you often not only find an affordable roof over your head much faster, but also find the right fellow students at the same time. Good idea? Then quickly away from home and into the large flat share in Mannheim. Tips from someone who moved out to learn about Mannheim's student residences.

Looking for an apartment: trying is better than studying

If you want to study at universities between the Rhine and Neckar, you will find a great selection of different courses. However, the selection on the housing market is a little less great. But a solution has to be found between the offers of luxuriously refurbished old-style apartments and overpriced living toilets on the free rental market.

But even a self-organized or rented shared accommodation is not always the best alternative. The high fluctuation of the co-tenants and unclear agreements on the costs in particular lead to disputes in such a shared apartment again and again. There is actually another, really interesting type of accommodation: Mannheim's student dormitories.

To you, student dormitory may sound like assisted living in a complex with strict rules and an old hostel man; so roughly like in an earlier school camp. But firstly, you are no longer a student and secondly, a student residence hall is not a school campus.

On the contrary. Open and friendly living concepts that represent a real alternative on the student housing market have long since established themselves in student dormitories. It is much more important for you to first determine how your own suitability for such a student community looks at all.

Everything has two sides: Even the student dormitory

The rooms are rather small and sparsely furnished and the fellow students in the block can often be heard acoustically, even at night. The whole thing, of course, against the background that you usually cannot choose your dear comrades.

But on the other hand - what the heck? Living in a motley heap on a flat-share basis is also a guarantee for lots of fun. Especially if you are a complete stranger in a city and really want to get to know people. You will make friends much faster in a dormitory and your circle of acquaintances will grow faster than the pile of pizza boxes in the shared kitchen.

In addition, moving into or out of the student dormitory is usually quite uncomplicated, so that you do not have to enter into any further obligations. And last but not least, there are also no costs for purchasing your own household.

Good transport links to the university

But student residences are also interesting because they are quite simply and simply relatively easy to get - due to the limited length of stay for students on site and the associated high fluctuation. You will not only find these dormitories in the quarters in the immediate vicinity of the university, but rather well distributed over the entire city of Mannheim. What connects them all with one another, however, are direct connections to the inner-city public transport network to the university.

And the accommodations have it all: For someone who is new and unfamiliar in a city, they offer far more quality of life than the layout and number of square meters would suggest. After all, students from different countries and cities live here under one roof. They don't just pretend. What unites them is undoubtedly an interest in new acquaintances so that they can have a good time while studying. After all, joint learning and joint activities with like-minded people are not only important. They're fun too. There is almost no better place to do this than in a dormitory.

Many at the Mannheim Student Union live in single rooms

If you now want to move to the Neckar, the Mannheim Student Union will help you to reconcile living and studying quickly and inexpensively. And their concept sounds quite sociable: Here, students usually live together in shared apartments in which everyone has their own room, but shares the bathroom and kitchen. Up to eight people live in a shared flat.

Alternatively, the Studentenwerk Mannheim also offers living in (same-sex) communities for two and also has a limited range of 1-room apartments with their own kitchen and bathroom. The prices for such residential units are currently between 295 euros and 420 euros per month, including ancillary costs such as water, electricity, heating and internet.

If you are interested in such an apartment, the best way to do it is to use the online form from the Mannheim Student Union. The application can be made up to six months before the desired move-in date. You are also welcome to specify several desired dormitories.

Campus 68 pursues a slightly different concept. The privately owned communal accommodation is located near the city center. Depending on your budget, it offers living studios of different sizes for one or two people, which are integrated in an enclosed facility.

The facility was also upgraded with various sports and leisure areas. In addition to common rooms, an integrated green area with barbecue and sunbathing areas, there is also, for example, its own swimming pool, fitness studio and a large cafeteria.

With costs from 780 euros per month including the use of all facilities including leisure activities and canteen catering, Campus 68 is aimed at a somewhat more liquid audience, but in the overall cost comparison it is still an attractive alternative to the classic rental apartment.

As in all university cities, there is no oversupply of surprisingly cheap rental apartments in Mannheim either. If you don't really like a self-organized flat share because of the high fluctuation and the unclear contractual obligations, you should seriously consider a student residence.

The Studentenwerk Mannheim on the one hand, but also independent organizations such as Campus 68 offer you attractive communal accommodation with sufficient privacy. Go to Mannheim and take a look at it. Because even in a university town, the following applies: trying is better than studying.